Second Chance At A Normal Life 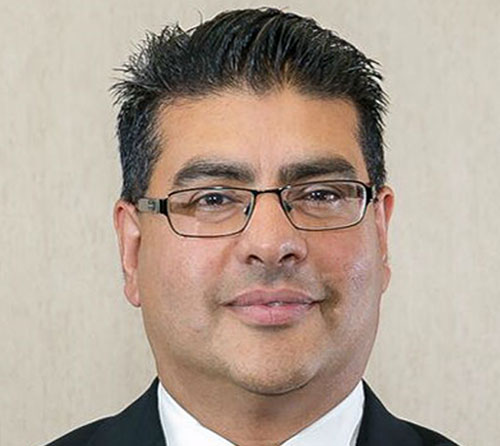 A Second Chance At A Normal Life

A revolutionary surgical procedure performed by Dr. Arshad Khan of Orthopedic Specialists of Northwest Indiana (OSNI) is saving limbs and giving patients a second chance at a normal life

The patient, a man in his early 50’s, was sent to Dr. Khan at OSNI for a second, and perhaps final, opinion. The knee replacement surgery he had undergone from another doctor resulted in a severe infection. Treatment of the infection and wound had been unsuccessful, and amputation was the recommendation.

But Dr. Khan had another idea. A revolutionary procedure called Muscle Flap Surgery (MFS) might be the one option to save this man’s limb and allow him a normal life.

A physician of OSNI for several years, Dr. Khan has trained in a fairly new field known as Orthoplastics. He has completed a fellowship in Orthoplastic Microsurgical Limb Reconstruction & Deformity Correction at St. Joseph Hospital in Chicago. Dr. Khan is the only surgeon in Northwest Indiana performing muscle flap surgery.

“Every lower leg has several muscles that provide blood flow and connectivity through tendons,” Dr. Khan said. “This procedure allows the surgeon to use one of these muscles in another location, such as the knee, ankle, and foot, to replace missing tissue and provide blood flow.”

In the case of the infected knee, Dr. Khan suggested MFS as an option. The procedure entailed three steps. First, cutting and scraping away all the infected tissue, which resulted in a large, but clean hole. Second, cutting the muscle on the end of the leg so that it could flap over the hole, using it as new tissue. Third, skin grafting of the exposed muscle.

“Because the muscle was always connected on one end, blood flow and tissue growth never stopped,” Dr. Khan explained. “The muscle works as a graft, in a way. And because the muscle is healthy, it usually takes hold and heals the wound.”

Which is exactly what occurred. The flapped muscle took hold and rebuilt tissue around the knee. Instead of an amputation, the patient is up and walking without the need of a walker or cane.

Since that first surgery in early 2017, Dr. Khan has now performed several other MFS, here in Northwest Indiana as well as Honduras, where he goes for mission every 6 months for the past 9 years. Each time saving a limb that was targeted for amputation due to severe infections that wouldn’t heal under standard treatment plans.

“The muscle flap procedure is truly a ground-breaking surgery,” Dr. Khan said. “Many patients who have open and infected wounds may finally find a way to bring closure to their issues – figuratively and literally.”

Revolutionary and ground-breaking procedures are nothing new at Orthopedic Specialists of Northwest Indiana. OSNI physicians have taught both US and International surgeons their minimally invasive techniques and are recognized around the country for their work. Whether it’s diagnostic exams, physical therapy, or last resort; surgery, patients at OSNI always find the one thing they’ve been looking for – hope.

Dr. Khan and his team at OSNI are ready to help new patients restore their quality of life. Providing care to Northwest Indiana and the greater Chicago area for over 20 years, they were just named the Best of the Region for the eighth consecutive year. With six convenient locations and a provider on staff at every hospital in Northwest Indiana, OSNI is here for their patients.

The only Orthopedic clinic in Northwest Indiana and the Chicago land area to offer Saturday clinic and open MRI. If you or someone you know would like to see one of our specialists, contact OSNI.